Some people may not realize how important it is to have their chimney cleaned by chimney sweeps. They may think chimney sweeps merely remove creosote and tries to remove any odor.  What chimney sweeps are looking for is much more than this! 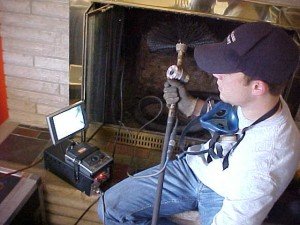 Damage to the Flue System

When the flue system damages, it’s usually vertical cracks or missing mortar joints. Thus, the amount of material between your flue system and combustibles in the frame of the home is lessens. If there are cracks in the flue. 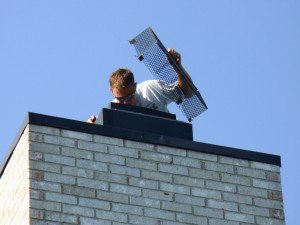 Exterior Damage to the Chimney

Another point of inspection for a chimney sweep is the exterior of the chimney. The sweep should go up on the roof to inspect the integrity of the brick on the chimney, including the mortar joints, as well as the crown and the cap. If the crown or brick has physical damage to it (cracks, spalling, flaking) there is a good chance that water will be able to move into the home and cause damage to the interior as well. Repair any problems on the exterior of the chimney as quickly as possible in order to prevent further damage from occurring or the current damage from worsening.

Your chimney sweep will inspect the damper to make sure that it is not rusted, that there are no problems with the way it functions, and ensure that it will continue to function properly. Proper damper function is important to the actual burning of a fire in the fireplace. Similarly, your chimney professional will check your chimney cap to ensure the install is proper, that it has no damage to it, and that it is not rusting out. A rusted out cap is easy for animals to damage to the point where they can enter the chimney.

Your chimney sweep also checks to make sure that the firebox is not damaged. Similar to the flue system inspection, your professional is checking for damaged fire brick and missing mortar joints in the firebox which would allow the heat from the fire to move to the combustibles in the frame of the home and cause a fire. You must repair a firebox with damage . Usually, these repairs are not expensive but are crucial to the proper functioning of the firebox.

This list of what the chimney sweep is looking for is by no means exhaustive. Chimney professionals are looking to be sure that the chimney is designed in such a way that it will function properly, that it is not a danger to the home or its inhabitants, as well as a myriad of other points of inspection. This list is intended to merely reiterate the fact that a chimney inspection is necessary on a regular basis and that it really is serious business

Also be sure and go online and read their customer reviews from Google, BBB and AngiesList. …. I’m never impressed with those cheaper “Swab and Rob companies