The United States as a whole has, as of late, pushed for increased awareness of reducing our dependence on non-renewable resources such as coal and     natural gas and turning to “green” options. 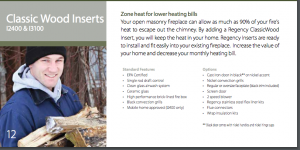 An affordable option that many folks have been turning to in response to this cry to make our country more sustainable is burning woodOne concern is that wood, when not properly combusted, can contribute to particulate matter in the air which is considered a pollutant.

A very hot fire that burns the wood completely reduces the risk of particulate matter entering into the air as a by-product of burning wood.

This being said, the worry concerning particulate matter is a small price to pay considering the amount of carbon dioxide produced when gas or coal is burned.aspect of burning wood that people like is its affordability. Turning the furnace down and instead burning wood for at least part of the time during the winter will save you money and make your household a more sustainable household. 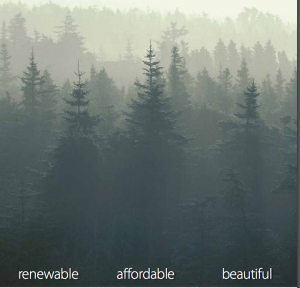 Wood is renewable. Although removing trees at a greater rate than they are replanted has been a concern in the past, there are forests planted specifically for harvesting as lumber or firewood.

Coal and natural gas are non-renewable and will eventually run out, increasing in price as the supply diminishes.Another reason to use wood to heat your home is that not only is it renewable, but supporting the firewood industry causes more 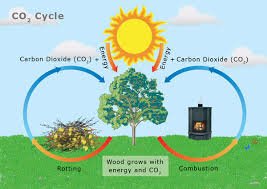 As opposed to burning coal which releases not only carbon dioxide but other pollutants and greenhouse gases in addition.

Coal is largely made of carbon and burning it, like burning natural gas, is taking carbon dioxide that was buried deep in the earth for millions of years and causing it to contaminate the atmosphere.

. . . .”The same amount of Carbon Dioxide is released when the wood is burned,  as would happen if the tree were … left in the forest to decompose”.