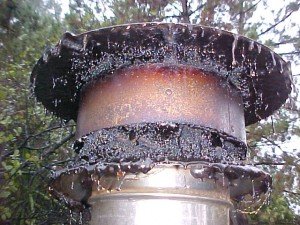 Chimney Odors Are a Nasty Problem!

This problem can be increased by extremely wet or hot and humid weather.
A foul smell in your living room is an unpleasant but not unsolvable problem.
Homeowners must realize that the odor in your chimney is always present. But usually, the draft created by the cold weather outside the flue and warm weather inside the home carries the odor up the chimney. This prevents it from entering the home. Odors will also increase when it is raining because moisture amplifies the odor. Much like a dog smells worse when it is wet. The porous brick will get wet and retain odor for a longer period of time.
The first, most obvious step in dealing with a smelly chimney would be to have your chimney cleaned. This removes as much of the odor-causing creosote and soot as possible. 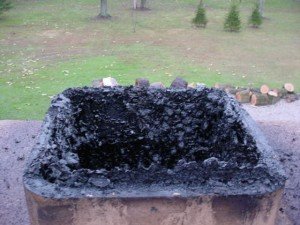 Glazed creosote, however, causes a particular problem seeing as it is very difficult to remove and produces the worst odor due to its high moisture content. A chimney sweep can remove the surface build-up of creosote, but the odors will remain absorbed into the masonry surface.

Installing a chimney cap will also help prevent odors from entering your home by keeping the interior of the chimney dry. It cannot, however, keep the humidity out. Many different deodorants are available on the market or through your chimney sweep company to combat the odors as well.

A quick fix may be to simply open a window in the room with the fireplace. If your chimney odor is being caused by air flow reversal, this opening of a window may allow the negative pressure in the home to be released. This may help your chimney draft properly and vent normally, sending the odor out of the home.

Calling out a professional will help you in diagnosing what it is that’s causing your particular chimney odor problem. However, following these quick tips can usually cure most situations!

You can find a reputable Chimney Sweep in your area by using this link to the National Chimney Sweep Guild locator: http://www.ncsg.org/search.  Also, be sure and go online and read their customer reviews from Google, BBB and Angie’sList. I’m never impressed with those cheaper “Swab and Rob companies!

I hope that this information helps! Check out our YouTube Videos or our Blogs to learn more about chimney odors and more!
Burn Safe and Warm,